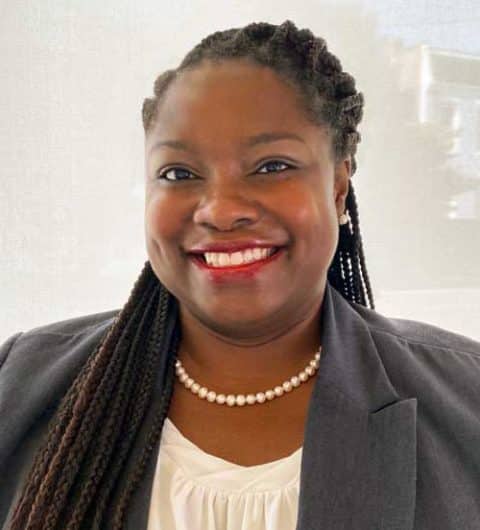 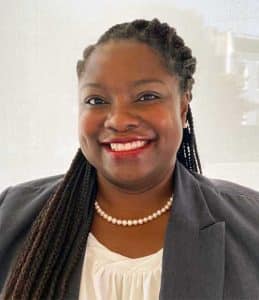 Tameka W. Robinson, Esquire is a resident of Richmond, Virginia but originates from Upstate New York. She graduated from Mary Baldwin College, in Staunton, Virginia, where she received her Bachelor’s in Asian Studies, with an emphasis in Japanese and a minor in Leadership Studies. During her four years at Mary Baldwin, Tameka was also a cadet in the Virginia Women’s Institute for Leadership (VWIL). During her tenure in VWIL, she held various leadership positions in both the class and regimental systems. After college, Tameka moved to Richmond where she has worked with the Office of the Attorney General , the Supreme Court of Virginia and the Office of the Executive Secretary. After working for a few years, Tameka enrolled in Widener University Commonwealth Law School, located in Harrisburg, Pennsylvania where she obtained her juris doctorate degree, with a certificate in Trial Advocacy.

During her time at Widener Law, she served as a member of the Public Interest Law Society, Black Law Students Association and Trial Advocacy Honor Society. She was a member of Phi Alpha Delta Fraternity. While attending law school, Tameka completed a significant amount pro bono work for Central Pennsylvania Civil Law Clinics, earning a pro bono distinction at graduation. Also while attending law school, Tameka continued employment with the Office of the Executive Secretary.

Following law school, she continued to work for the Office of the Executive Secretary and then became an associate at the law firm of Cravens & Noll, P.C. in Chesterfield, Virginia. Tameka is currently a member of the Virginia State Bar, the Pennsylvania State Bar, the United States District Court Eastern District of Virginia, the Virginia Women Attorneys Association and the American Bar Association. She also lectures and speaks on leadership and being a minority in both the legal and criminal justice fields. Tameka is also a member of the Legacy Internet Radio family, where she provides monthly discussions on various legal topics and issues affecting the community. Tameka prides herself in her passion for equal access to justice and juvenile justice issues. Her passion for law, dedication to clients and hard work continually drives her work not only with Cravens & Noll P.C., but also in the community as a whole.

When Tameka is not in the office she can be found participating in various community service events, cheering for the Yankees, Giants, Knicks or Syracuse, engaged in church functions, attempting to keep up with an adventurous family or just traveling wherever the road may lead.